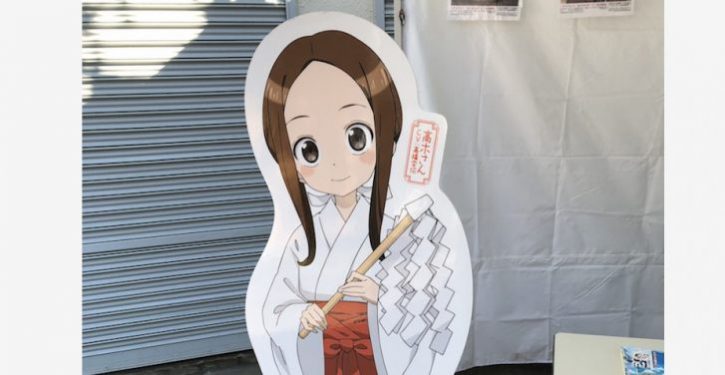 “Karakai Jouzu no Takagi-san” A short trip to Takagi Shrine to see the life-sized Takagi San!

TV anime “Karakai Jouzu no Takagi-san”, the collaboration event is held at the historic Takagi Jinja shrine, which was built in Oshiage Tokyo in 1468.

There is a life-sized panel with a signature of a voice actress Rie Takahashi whose roll is “Takagi san” in anime and you can buy Karakai Omikuji for fun!

Takagi Shrine in the very quiet area of Tokyo

“Takagi Shrine” located in Oshiage, Tokyo, is about a 10-minute walk from Oshiage Station. In contrast to the newness of the TOKYO SKYTREE towering in front, you can still see Japanese traditional houses and shops, and there is a downtown atmosphere.

It seems that this Takagi Shrine had been greeted many people inside since 1468, which was once considered “the sixth heavenly shrine”.

That Small and cute Takagi san…Don’t you think?

Of course the panel is “life-size”, so you can feel Takagi’s small hight.

I picked up a Omikuji and…

The result is “Syoukichi which means Small luck”.
It does not make me feel bad at all and I can hear Takagi san saying “not bad”.

Looking at this, … It said that someone might lie to you by pretending that she is found of you!

In addition, “Autographed Ema” by Rie Takahashi and Yuiko Ohara is exhibited.

The collaboration cafe with “Slow Start” will be held at nicocafe from 15th February!
“Nanatsu no Taizai” The movie Premiere in Japan set for August 18! 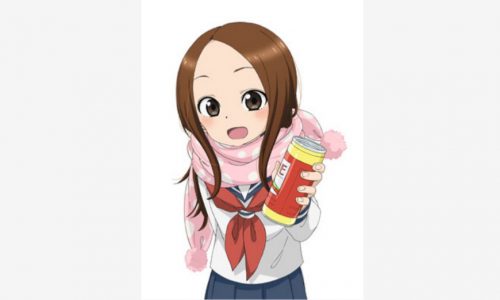 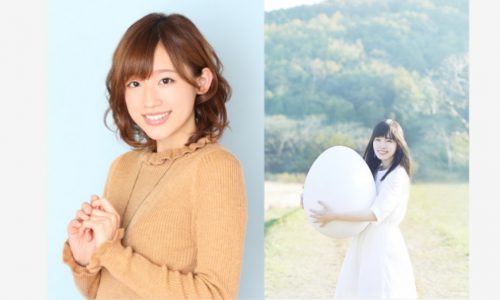