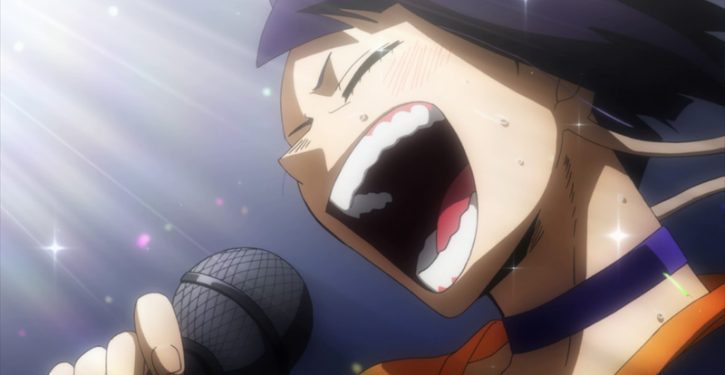 On Saturday, Mar. 21, the 23rd episode (the 86th episode overall) of the 4th season of the TV anime “My Hero Academia” called “Let It Flow! School Festival” has been broadcast, and the stage performance by the class 1-A of UA Academy Hero Hero Course brought the “School Festival Arc” to its climax.

The episode depicted the students from the class 1-A including the protagonist Midoriya Izuku (Deku) playing band and dancing on the stage. They do it to make all the students from UA Academy, who are feeling stressed from continuing cases caused by the Villains, and Eri, the little girl who does not know how to smile, happy.

The arc is popular among the episodes of the original manga “My Hero Academia”, and the episode was finally made into the anime with a high expectation from the fans. The special music video was released with the broadcast of the episode, mainly using the scenes from the episode.

The anime production team created the original song called “Hero too” for the school festival performance scenes. Hayashi Yuuki, who creates music of the main episodes of “My Hero Academia”, created music for “Hero too”.

The dance performance is nimble and strong in the movements like a hero, with pop-rock tune music on its melody. The anime studio bones inc., made the band and dance performance by the heroes unique to any other animations.

Please watch “Hero too” over and over again!!!

“Laid-Back Camp SEASON 2” Broadcasts start on Jan. 2021
“My Hero Academia” The 5th season of the TV anime has been decided! Nendoroid Himiko Toga from My Hero Academia opens for Pre-Order