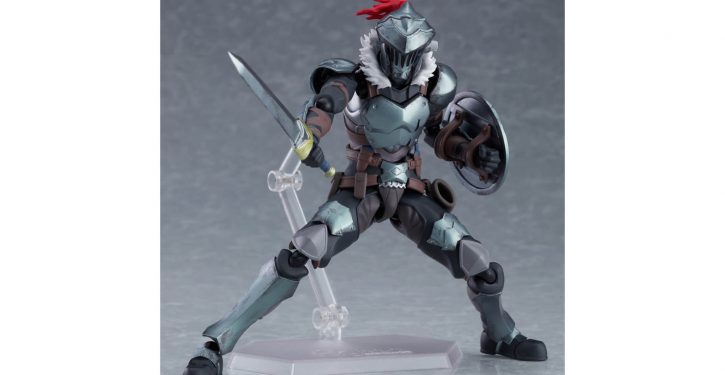 Anime “Goblin Slayer”, based on the light novel series that first premiered in October 2018 on TV, and it’s available for preorder at the GOODSMILE ONLINE SHOP (https://goodsmileshop.com/en/CATEGORY-ROOT/figma/figma-Goblin-Slayer/p/M_FIG_WD_00424) and at participating retailers.

“Goblins. Are there any quests?”

From the anime series “GOBLIN SLAYER” comes a figma of Goblin Slayer!
・ The smooth yet posable figma joints allow you to act out a variety of different scenes.
・ A flexible plastic is used in specific areas, allowing proportions to be kept without compromising posability.
・ An articulated neck and double-jointed shoulders make it easy to recreate action scenes from the series.
・ He comes with a sword that can be sheathed at his hip, a shield and a club as optional parts.
・ An articulated figma stand is included, which allows various poses to be taken.

It’s available for preorder at the GOODSMILE ONLINE SHOP (https://goodsmileshop.com/en/CATEGORY-ROOT/figma/figma-Goblin-Slayer/p/M_FIG_WD_00424) and at participating retailers!