“Bakemonogatari” is on progress as a new project

“Bakemonogatari” is a series of novels written by Nishioishin composed of 5 stories, which was made into a TV animation by TOKYO MX and other broadcasting stations from July 2009, by Director Akiyuki Shinbou, production studio / SHAFT.

This time, from the official Twitter account of Nishio Ishin, operated by the editorial department of Kodansha, “Bakemonogatari” was announced to be a manga! 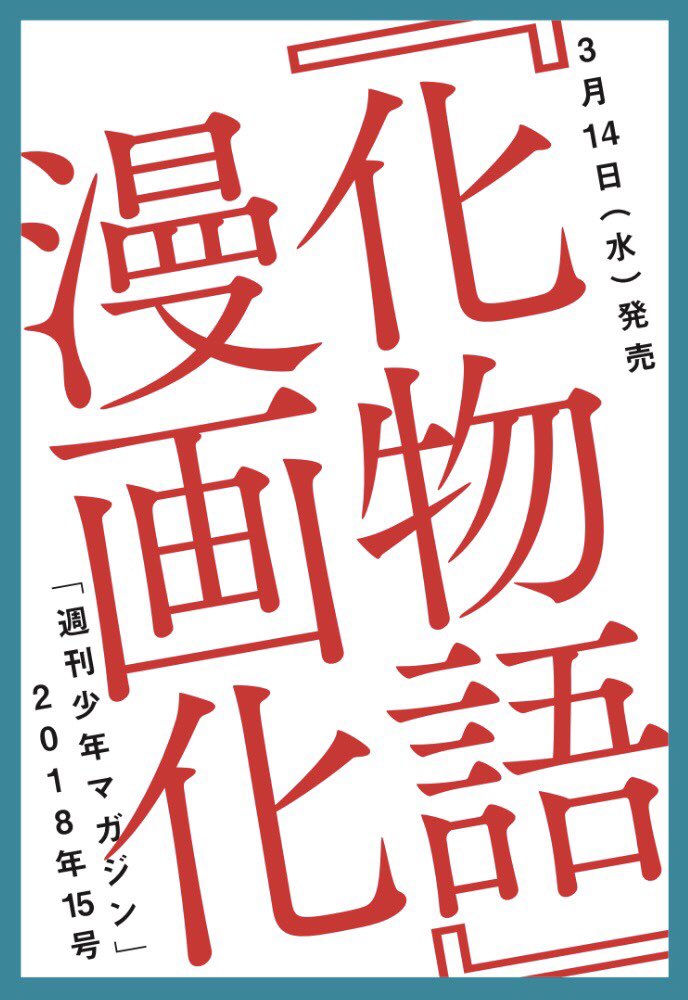 For details on “Bakemonogatari” becoming manga, it only said “Weekly Shonen Magazine” No. 15 releasing on Wednesday, March 14, 2018. We might have to wait for the next report!