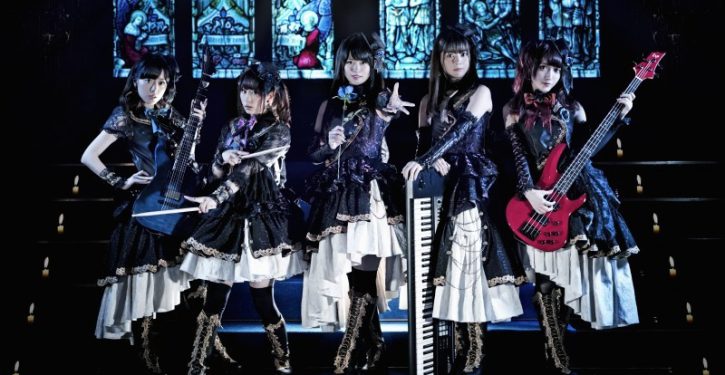 Roselia 1st album “Anfang” finally decided to release on 2nd May! Referring to the official information, this 1st album includes singles from 1st to 5th with 2 brand new songs so far, plus 1st & 2nd live movie will be contained in the production limited edition.

So JMAG NEWS conducted questionnaires for 100 overseas fans and checked the popular songs for each band! In this article, we introduce top 10 songs from original & cover songs performed by Roselia. This includes rank by equal percentage.

※ The following is the result of questionnaires conducted by our site. It is not aiming any expression or publicity by the official.

The coupling song “- HEROIC ADVENT -” recorded in Roselia 3rd single “Netsuiro Starmine” was chosen as No.9. This song is used as an ED theme song of TV animation “Cardfight !! Vanguard G: Z”.

No.8 “Opera of the wasteland”

Roselia 5th single “Opera of the wasteland” is theme song of the event “Neo Fantasy Online – departure”. In this story, with the proposal of Ako Udagawa and Rinko Shirokane, all the members of Roselia cooperate and play this particular game at the Internet cafe.

No.7 A Cruel Angel’s Thesis by Yoko Takahashi

“A Cruel Angel’s Thesis” from TV anime “Neon Genesis Evangelion” is chosen as No.7, and is the immovable animation song everyone knows.

Roselia 4th single “ONENESS” is a song that was emotionally created by the music creator team Elements Garden. This song shows “Roselia” as to be grown up out of “BanG Dream! Girls Band Party!”.

“Re: birth day” is the 2nd single and is reputed as masterpiece. This song has achieved weekly ranking No. 9.

No.4 is the 3rd single “Netsuiro Starmine” which won the Daily Ranking No.3 for the first time. Also at “Roselia’s 1st Live Performance” held in July 2017, the Ariake Coliseum was packed with 7,000 audiences and first participated in “Animelo Summer Live 2017 THE CARD” held in the Saitama Super Arena in August.

“Hidamari Rhodonite” is so popular as a coupling song from 2nd single “Re: birth day”. Distribution started with the Roselia event “Do not leave me, Lisa !!!!”. It is the song that makes you feel Lisa’s feelings for Yukina…

“Determination Symphony” from 4th single “ONENESS” is chosen as No.2. This song was delivered at the Roselia event “Akishigure ni Kasa wo”. The event was an impressive story of elder sister Sayo Hikawa and younger sister Hina Hikawa belonging to Pastel Palettes.

The coupling song “LOUDER” from1st single “BLACK SHOUT” was chosen as NO.1!! It could be the most important song that appeared in the story of Roselia, which was completed for the first time in the event “Omoi Tsunagu Mikansei na Uta”.

Immediately after the release, fans said like “Riffs are good!”, “Notes are interesting!” and “Lively and exciting!” and the hearts of music fans caught as well.

And only for your reference …

Finally, here is a result of character popularity poll voted by the fans and everyone was almost the same number votes.

JMAG NEWS
『BanG Dream! Girls Band Party! 』TOP 10 songs of Poppin'Party as voted ...
https://j-mag.org/en/2018/02/20/bang-dream_survey
Since releasing it in March 2017, "BanG Dream! Girls Band Party!" became such a big hit rhythm game exceeding over 4.5 million users. The five bands including "Poppin’Party" appear in the game with the original songs and band covers from the famous J-Pop and Anime songs.So JMAG NEWS conducted questionnaires for 100 overseas fans and checked the popular songs for each band!In this article, we introduce top 10 songs from original & cover songs performed by Poppin'Pa... 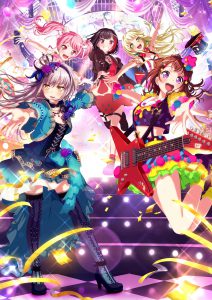 4 Anime about entering the world of Games you must watch!
TPG MINI No.2 starts distributing by IOEA. 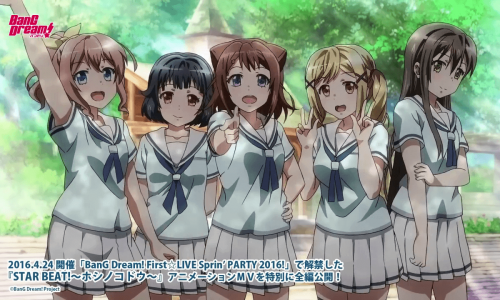 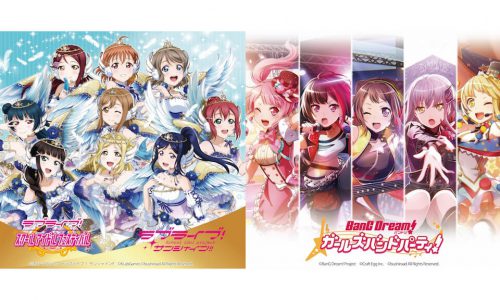 Bushiroad will exhibit at “Comiket 93”! Product information of Love Live! And BanG Dream! is released!