4 Reasons Why You Should Watch Violet Evergarden

After finishing the local broadcast of all its episodes, Kyoto Animation’s much-awaited new project Violet Evergarden is finally fully available on Netflix for worldwide viewing earlier in April.

Violet Evergarden Interview with Taichi Ishidate
Ever since it first aired in Japan in January 2018 and subsequently worldwide on Netflix in April, Violet Evergarden has mesmerized audiences all over the world with its beautiful visuals and moved many hearts with the stories it depicted.Here, we...

4 Reasons Why You Should Watch Violet Evergarden.

Originally a light novel written by Akatsuki Kana, it’s the only work to ever win the Grand Prize in the Kyoto Animation Awards in any of three categories featured in the competition (Manga, Novel, and Scenario). With such a rare accomplishment already under its belt, the light novel series has garnered much praise, and expectations have been high ever since Kyoto Animation (often affectionately referred to as KyoAni by fans) announced their plans for its anime adaptation. Those who had kept a close eye on KyoAni news are probably already familiar with the ins and outs of the series and its development, but for the rest of us, what exactly is Violet Evergarden all about, and what are its highlights?

Story: What does “I Love You” Mean?

Set in a world recovering from a recent major war, Violet Evergarden follows the tale of the eponymous heroine, a former child soldier, as she tries to adjust to a new life after the conflict. Formerly an emotionless child soldier treated as a mere tool by the military, she found some semblance of humanity in the form of a superior she was entrusted to, the first person who saw her as an actual human being.

However, tragedy struck when the closing battle of the war resulted in the loss of both her arms and the life of her caretaker. With the battle and the only life she’d ever known over, a disoriented Violet struggles to find another place for herself in the world, all the while struggling to comprehend the last words her dying superior uttered to her—”I love you”.

It was in search of the meaning behind this final message that she decided to take up ghostwriting, hoping that by helping others put their emotions onto paper, she’d one day be able to grasp the true weight of the emotions behind those words.

At its core, Violet Evergarden is a hopeful journey of discovery, where we observe Violet’s growth as she tries to understand what many would consider the most basic and common of human experiences. A running theme in the series is the difficulty of expressing one’s true feelings, whether it be love, gratitude, or sadness—a challenge which most people will likely be able to sympathize with, even if they weren’t raised like Violet, and so the series provides an interesting viewpoint through which we may take a closer look at the little things in life we tend to take for granted.

In terms of storytelling style, the series stands somewhere between the episodic style of Mushishi but also features an overarching story like the kind seen in Showa Genroku Rakugo Shinjuu. The pursuit of featuring both styles at once may cause the pacing of this anime to be jarring for some viewers at times, and being an adaptation of a novel series, the content of the novels has been rearranged and partially reworked to better suit the 13-episode runtime of the season. Ultimately, though, this delivery style did a fine job in showing viewers how the titular Violet is able to reach her main goal and discover the meaning of the words she held onto so dearly.

Animation: The Most Beautiful Animation to Date?

It was no secret that fans had high hopes for Violet Evergarden. KyoAni is likely aware of these expectations, and evidently sought to meet them by bringing their A-game to what is quite possibly one of the most beautiful shows to ever come to television (or Netflix outside of Japan).

KyoAni’s works are well-known for their stunningly beautiful animation, and this time it’s no different. From the moment the show begins, it’s clear that the series is poised to set the bar high for anime visuals in 2018. The animation team makes it a point to show off how meticulously crafted the world of Violet Evergarden is, whether it’s in sprawling shots of the open countryside or the finely ornamented interior of an expensive mansion. Within minutes it’s obvious that the lighting, effects, and 3D compositing are the best that the the studio has produced to date. Even more impressive still is the incredible consistency of execution. While it is the norm for anime directors to save resources for special scenes, there are little, if any, noticeable drops in visual quality throughout Violet Evergarden‘s episodes.

Next we get to the primary setting of the story, Leidenschaftlich and the surrounding territories. As many would suspect from the name, the designs show much influence from historical European styles, though there’s a substantial amount of items from a more modern time making appearances as well. Examples include, but are not limited to, minor props such as Chinese take-out boxes, and Violet’s mechanical prosthetic arms, which sports an appearance not unlike the automail from the world of Fullmetal Alchemist.

While the use of the background sound effects and music can feel a bit heavy-handed at times, for the most part they do a wonderful job at setting the right tone for the scenes they support. The opening and ending themes, ‘Sincerely’ by TRUE and ‘Michishirube’ by Minori Chihara respectively, make use of the major motifs of Violet Evergarden: language, letters, and longing through the lens of the main character in order to establish a connection between viewers and Violet early on while her character develops.

Some may argue that Violet Evergarden doesn’t do anything unexpected, but the lack of a plot-flipping twist doesn’t take away the fact that the execution on the many episodic vignettes of this series leave little to be desired. Many of the hardships these characters face are commonplace, and with their mundane nature give many viewers as well as Violet herself something that is very easy to identify with.

Once upon a time, in an unknown land—the Great War finally came to an end after long years of conflict, and the world slowly began to flourish again.

Violet Evergarden, a young girl raised as a soldier, was left with nothing but a few words from the person she had held most dearly, but with no understanding of their meaning. Leaving the military after the war, she arrived in a huge port town, which was full of spirit.

The town was full of life, and trams criss-crossed the streets lined with gas lights. It was in this town that Violet began a new life as an “Auto Memory Doll”, whose job was to transcribe people’s thoughts into words on paper.

In this line of work, she came across many opportunities to see a glimpse of the deepest, most honest feelings hidden inside her clients’ hearts. And then, with every letter she helped write, Violet drew closer and closer to the meaning behind the words that she heard on that fateful day… 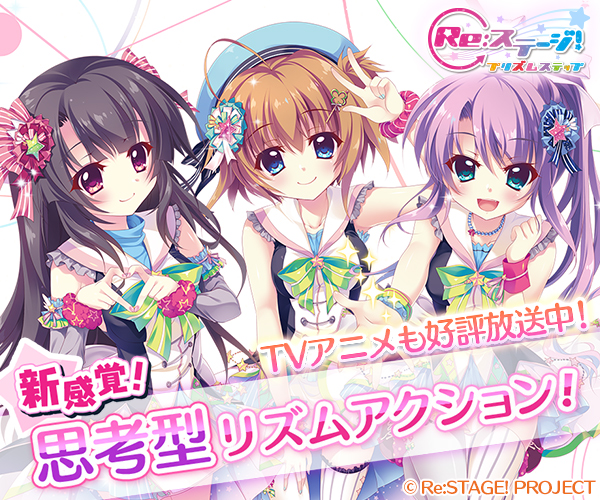