Preview scenes from the final episode 12 of Hisone to Maso-tan, “”

Preview scenes from episode 12 of Hisone to Maso-tan, “”, set to air on Tokyo MX and other stations at 24:00 on June 28th, have been revealed. 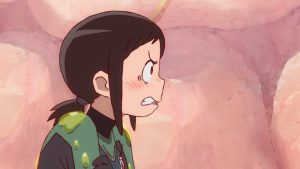 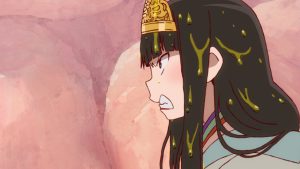 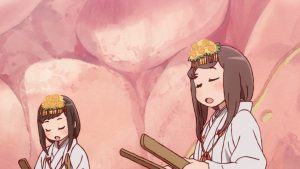 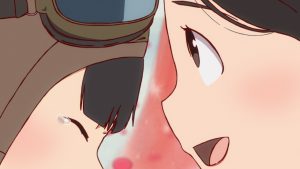 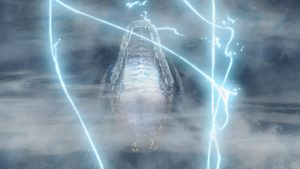 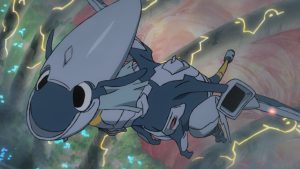 The dragon pilots’ mission to lead “Mitatsu” to the new place to rest has almost been completed. However, there is a great matter behind the thousands-year old ritual which has been strictly concealed.

What actually is Ksuabime, and what kind of life has Sada walked through?
Now Ritual is ending. In middle of a critical situation of this country, how will Hisone and Masotan make their decision?

And what kind of future will they select? 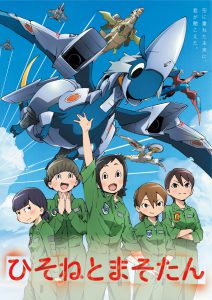 Japan’s top creators have assembled here for the dream project of BONES! Shinji Higuchi, who achieved a great success for “Sin Godzilla”, gathers the threads of original story with Mari Okada, a very well-known script writer for “Anohana: The Flower We Saw That Day”.

Director Hiroshi Kobayashi of “Kizaniver” gives life to the heartwarming story of dragons tamed by Air Self-Defence Force and their rookie pilots filled with love, laughter and tears.

On top of it, the character designer Toshinao Aoki and the composer Taisei Iwasaki of “Blood Blockade Battlefront” boost the project!

Straightforward and innocent Hisone Amakasu is a rookie self-defense official.
She was struggling with the fact that she sometimes hurts people unintentionally by her innocent words and decided to join in Air Self-Defence,
hoping to maintain a certain distance from people. This decision led her to a fateful encounter which profoundly changes her life.

It was the dragon hidden in the base and it chose Hisone as his pilot. When it soared into the sky with Hisone, her fate as a dragon pilot was decided. Preview scenes from episode 11 of Hisone to Maso-tan, “Montparnasse sky and scum girl” Preview scenes from episode 10 of Hisone to Maso-tan, “Melty Love”