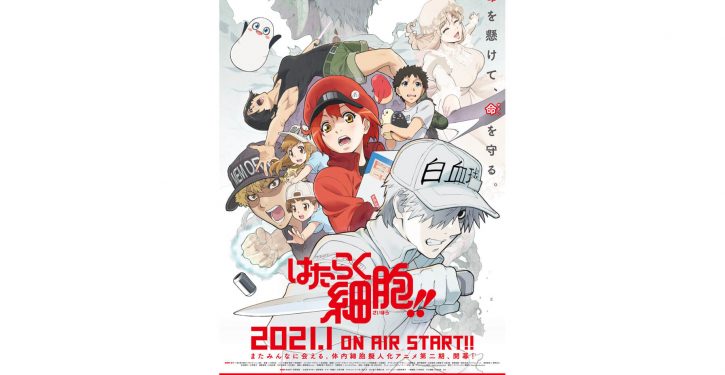 Key visual for the 2nd season of “Cells at Work”

“Cells at Work!” 2nd season’s promotion video and key visual have been revealed. This anime will air on TVs from Jan. 2021!

Also, from Saturday, Sept. 5, 2020, the special episode titled “Special Screening Version ‘Cells at Work!’ The strongest enemy, once again. ‘Super'(written as intestine) panicked inside the body!” will be shown on screen in the movie theaters prior to the broadcast of the 2nd season which depict the episode from the 5th book of the original manga.

We can see them again. The 2nd season of the cell humanization anime has begun!

The TV anime “Cells at Work!” has been broadcast on 2018, grabbed attention as the “internal body cell humanization story”, and it popular both inside and the outside of Japan, including winning the “Best Animation Script Award” in the “Bai Yu Lan Awards” which has an influence in the TV drama industry of China.

“Cells at Work!” is the 2nd season and the sequel to the 1st season where the cells, including the red blood cells, “work” for the body. Please pay attention to the various development in the stories, including the appearance of the new characters.

The special screening version starts in theaters from Sept. 5!

The special screening version starts in theaters from Sept. 5 2020.

On top of all that, the animation, sound effects, music and voice acting are all spot on. Absolutely a masterpiece and strongly recommended. If not for the science, it’s also great as medicine through laughter from the comedy once again!!

JMAG NEWS
Cells at Work! Highlights from all the episodes!
https://j-mag.org/en/2018/11/12/wownippon_voice-11
Hataraku Saibou (Cells at Work!) is an anime about the cells working inside the human body. All cleverly stringed together into an action packed, fun story that is sure to keep you hooked. It ran for 13 episodes during the summer of 2018. The anime is adapted from the original manga by Akane Shimizu.Every episode is packed full of information about the cells in our bodies along with many cool, fun and funny moments. So I’ve picked one from each episode I personally really enjoyed. Beware of s...
Cells at Work! はたらく細胞 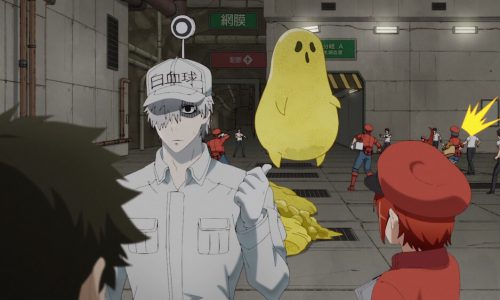 Cells at Work! Highlights from all the episodes! 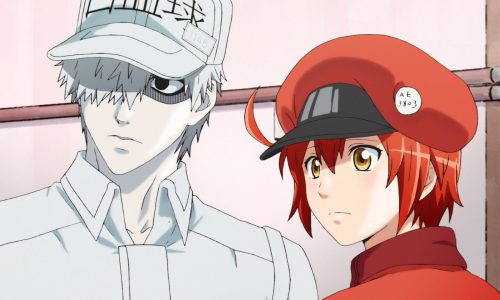