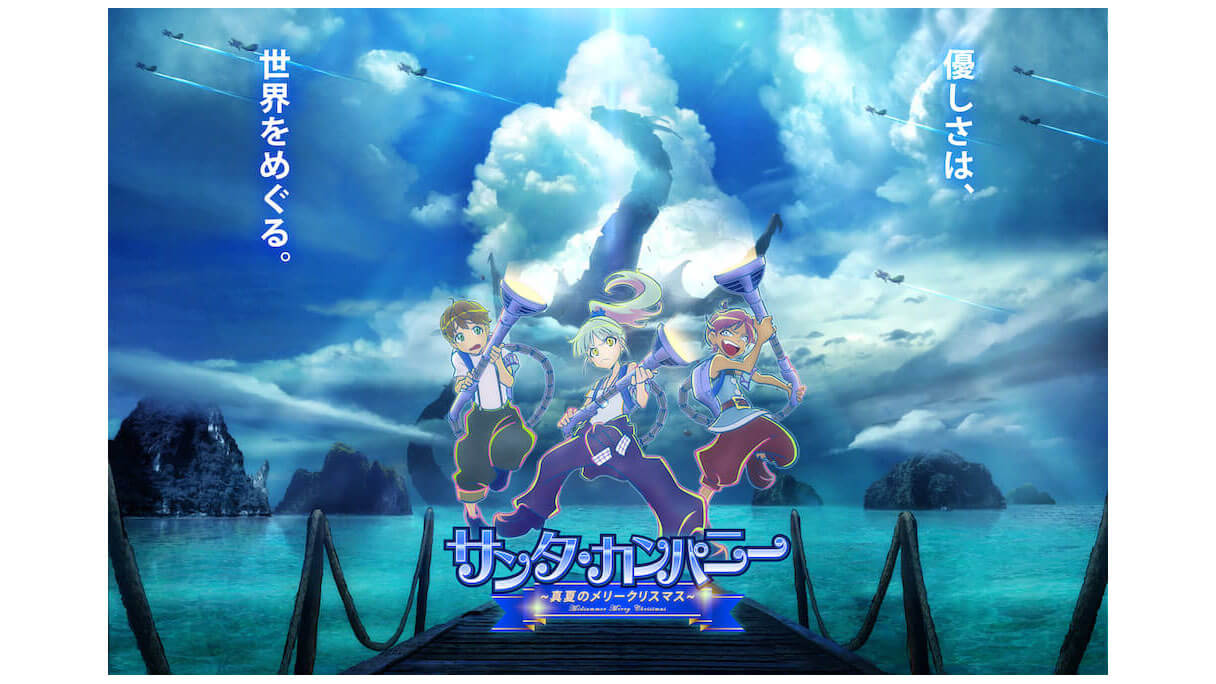 The Umi no Magnet Education Committee has produced an anime that tackles the issue of marine waste as part of an initiative to confront social issues through manga, anime, games, and the Internet. This initiative is part of CHANGE FOR THE BLUE, a project by the Nippon Foundation’s Umi to Nippon Project, which seeks to create a new marine waste reduction model through collaborations between industry, government, academia, and the private sector, and to spread this model both in Japan and overseas in order to create a movement to raise awareness in society that no further waste should be discarded into the ocean.

Based on these results, the Committee decided to produce high quality anime and manga with engaging stories that touch on various marine issues. These works will be distributed worldwide in the hopes that more people will take these matters to heart.

Under the Anime de Umigomi Zero Project, the Committee has produced a 30-minute anime movie set in the same universe as Santa Company: Christmas no Himitsu, which premiered in Japanese theaters in 2019, on the theme of marine waste, an issue receiving an increasing amount of attention from the international community. In addition to screenings held nationwide in Japan, an online screening for global audiences will be held via MyAnimeList, an anime fan community with over 20 million users worldwide.

World Premiere to be held in cooperation with MyAnimeList

An online screening for global audiences will be held in cooperation with MyAnimeList, an anime fan community with over 20 million users worldwide. MyAnimeList would like to encourage anime fans around the world to think more about social issues through their favorite medium.

The World Premiere will take place on January 29 (Friday) (JST).

The anime’s ending song is “Hitorigoto de Kataru Kurai Nara” by STU48, an idol group based in the Setouchi area, which supports this project. In addition, STU48’s Miyuna Kadowaki and Marina Otani will be playing the respective roles of Cute Angel and Mysterious Angel in the movie.

The Anime de Umigomi Zero Project promoted by the Umi no Magnet Education Committee is part of the Nippon Foundation’s Umi to Nippon Project, which aims to connect people through the ocean in order to pass the ocean on to future generations.