Another side “Love Live! Sunshine!!” 5 recommended songs of Aqours by 250 fans!

Regarding the currently airing TV anime “Love Live! Sunshine!!”. Our article “Love Live! Sunshine!! TOP 9 songs of Aqours as voted by 250 fans!” which we previously published on 19th October was widely well-received. But yes, we know that there are many more and would like to introduce extra songs that you might love the most! Thus, we’ve written this article…

Another side “Love Live! Sunshine!!” highly recommended songs of Aqours as selected by 250 fans!

Actually, after posting the TOP 9, we have received some opinions from fans saying “I can be convinced of the results but it’s not something I can satisfyingly accept!”, and also “Although some of my favorites appeared within the TOP 9, I still would like to recommend my best as a Love Live! fan”

So here is another selection of recommended songs by Aqours that did not enter the TOP 9. Please read this article and we hope you will like them, too. 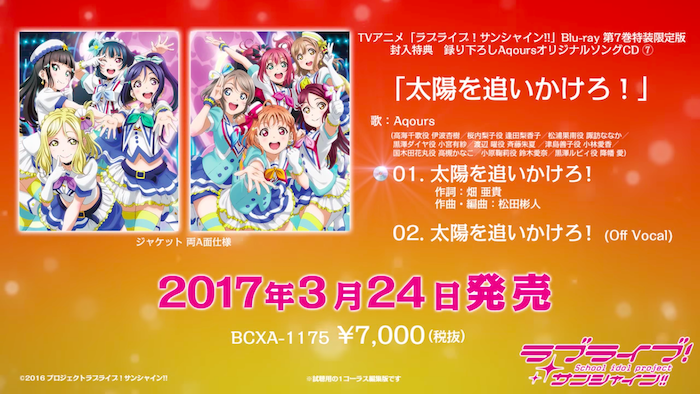 Actually, this song failed to enter the TOP 9 by just one vote, losing the 9th place to “Yume Kataru yori Yume Utaou”.

The shout of “Aqours, gather!” gave me a great reaction to “Taiyou o Oikakero!”. There seemed to be a lot of fans who love songs that feel comfortable to call out to! 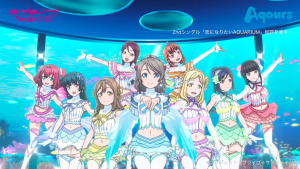 Although the coupling songs of “Koi ni Naritai AQUARIUM”, “Todokanai Hoshi Da To Shitemo” and “Mattete Ai no Uta”, appeared within the TOP 9, this song didn’t, and so we received a lot of comments mainly from the fans of Watanabe You-chan.

The production of the live performance by Aqours is also wonderful, letting one see both cute and gorgeous sides of them. 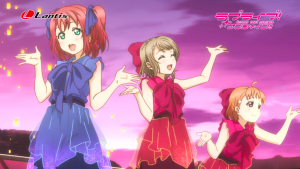 “Yume de Yozora o Terashitai” is a song that contains the origin of the emotions of Aqours. The beautiful Numazu night scenery and the Sky Lanterns appearing in the PV are shining warmly, and we can hear the sounds of them climbing the stairs to the new steps. 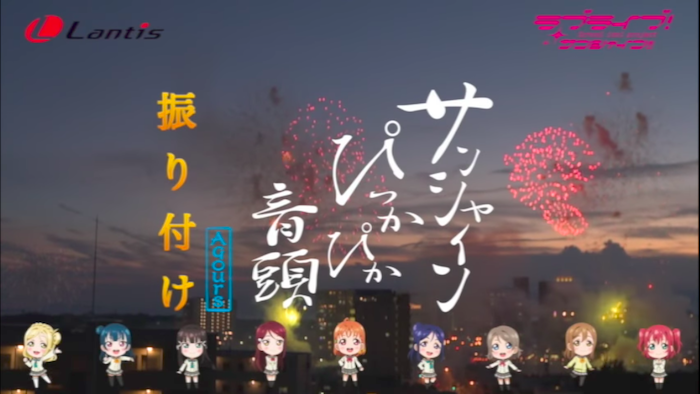 Certainly, the “Aqours Bon Odori Stage” at the 70th Numazu Summer Festival got really exciting! I want everyone in Numazu to love “Sunshine Pikkapika Ondo” and hope it remains in Numazu for a long time! 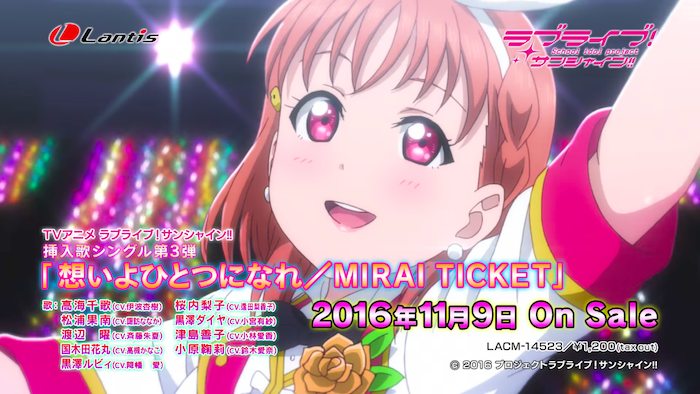 “Yume ga umare yume no tame ni naita toki demo Akiramenai koto de tsunagatta (A dream born, cried for the dream but never given up to get together) ” as Aqours sung, this is the lyrics which described the past. They also sang “Hikari ni narou mirai o terashitai Ima wa mou mayowanai” (Be the light to shine the future and never lose the direction) ” to shine their future. This song has impressive lyrics.

This time, as the title says, more than 250 Love Live! fan cooperated with our survey and we were able to do this special feature project. Thank you so much.

During our planning phase, we were worried that we would receive criticism such as “I do not want you to give them ranks! (You should not)!”

We did receive comments saying that by reviewing and listening to the songs once again, they fell further in love with Love Live! Sunshine!!, which made us feel really glad.

For the songs of the series, many great composers and arrangers gathered to make these works, centered around the singer song writer AKI HATA.

By all means, I hope that you will discover the charm of various songs again within this project.

TPG WEB will continue to produce such special feature projects in the future. Please continue to support us.

“Love Live! Sunshine!!” is set in Uranohoshi Girls’ High School, Numazu City, Shizuoka prefecture, where there are less than 100 students attending this school. The School Idol group Aqours will aim to participate in Love Live! to prevent against the school’s merger and consolidation.

English supervision of this article is by Love Live! Wikia

11/18 “Love Live! Sunshine!!” 2,500 sets of the special train tickets will be on sale! The buses also gather!
“BanG Dream!” The CD jacket of 8th single is posted. Poppin’Party in Christmas costume is cute ♪ “Love Live! Sunshine!!” the production of the movie is now determined!!!