Anime is usually considered a subgroup of “pop culture” for the youths, and naturally place most emphasis on topics that are relevant to that age group. Generally, this means they don’t often cover what one might call “old man hobbies”.

However, as always, there are of course exceptions to that rule. Here, we will take a look at four titles that go against the grain by taking up traditional games and arts as their main pivot, and take it up one notch higher by packing them with levels of excitement and fun not usually associated with them. 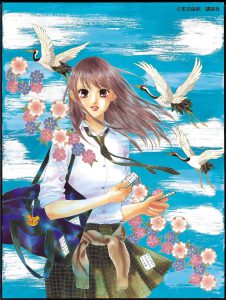 Most people would agree that ‘karuta’, a traditional Japanese card game based on a collection of ancient poetry, does not seem to be the kind of thing that would interest a younger audience. Chihayafuru, however, quickly turns that assumption upside-down as it showcases the journey of its protagonist Chihaya Ayase, an excitable, tomboyish girl who aims to be the best karuta player in Japan and subsequently in the world.

Chihaya grew up under the shadow of her older sister, an aspiring supermodel whose dream was to be the greatest star in Japan. With no dreams of her own, she was content to play the supporting role to her sister’s ascent to stardom until she befriended Arata Wataya, the quiet new student in her elementary class. It was at that time that Arata introduced competitive karuta to Chihaya who, inspired by his passion for the game, began to dream of being the best karuta player in the country. Tagging up with Arata, already a skilled player despite his age, and her friend Taichi Mashima, they took their first step into the world of competitive karuta by joining the local karuta club, the Shiranami Society. However, personal circumstances split them up at the end of the school year, and they drifted apart.

A few years later, Chihaya, having grown more skilled, is set on establishing a karuta club at her high school. Aiming to put together a team to join the various karuta competitions in the country, she set about gathering friends old and new, all the while setting her sights on one goal―the national karuta championship held at the Omi Jingu shrine.

The term ‘karuta’, which originated from the Portuguese word for “card”, can refer to multiple traditional card games. The type featured in Chihayafuru in particular is known as “uta-garuta”, or “poetry karuta”, as the cards feature motifs from an old poetry anthology known as the Hundred Poems of Ogura. At its core, it’s a matching game―as a non-competing reader reads out the first line of a poem, the players are to locate the card on which the poem’s second line is written as quickly possible and remove it from play. The player that removes the most cards at the end of the game wins. Despite its literary touch, it’s a game that requires great amounts of finesse and stamina, a trait that the show did not neglect to highlight. One may rightfully not expect what is essentially a memory game to be exciting, but with its speedy and energetic sports anime-like direction, the karuta matches displayed in the series keeps the tension high enough to be surprisingly exciting. But Chihayafuru isn’t only about the competition, and also devotes much attention to the growth and emotional turmoil the main cast goes through, making it a classic coming-of-age story as much as it’s an anime about karuta.

Seishu Handa, a budding calligrapher from Tokyo, is exiled to the rural Goto Islands by his father after he punched a veteran calligrapher in the face for calling his award-winning work unoriginal―this is how the story of Barakamon begins. Sent out into the countryside and far from the city life he’s accustomed to in order to reflect on what he lacked both in maturity and artistry, Seishu was at first not very thrilled about his new life. On top of the culture shock he had to deal with, the constant butting-in of his new neighbors, especially that of the bubbly village runt Naru Kotoishi, quickly sent all his plans of meditative calligraphy training right out of the window. While he found this highly disrupting at first, he grew to tolerate them as time passed, and eventually found, in the various experiences he shared with them, a new inspiration for his art.

While calligraphy, an art form that’s often deemed extremely classy and refined, is one of the key points of Barakamon, the series not at all inaccessible to a general audience. Much of the show highlights extremely human experiences from up close, and the viewers need not be a calligrapher themselves to fully sympathize with Seishu’s struggles and victories or his joys and sorrows. The episodes are filled with what are arguably small events in the daily life of a young man, albeit with more colorful shenanigans than the average person’s, but there’s no shortage of problems suffered and lessons learned that will resonate with just about anyone. Composed of a good balance of wacky humor, stomach-dropping moments of vulnerability, and heartwarming scenes, it would be difficult not to feel touched by how much the protagonist had grown in his new home through this series. Set to backgrounds that highlight the beautiful natural sights of the islands and directed in a way that can tickle a laugh as well as it can wring a teardrop, there is enough going on in Barakamon to make it a good pick for your to-watch list. 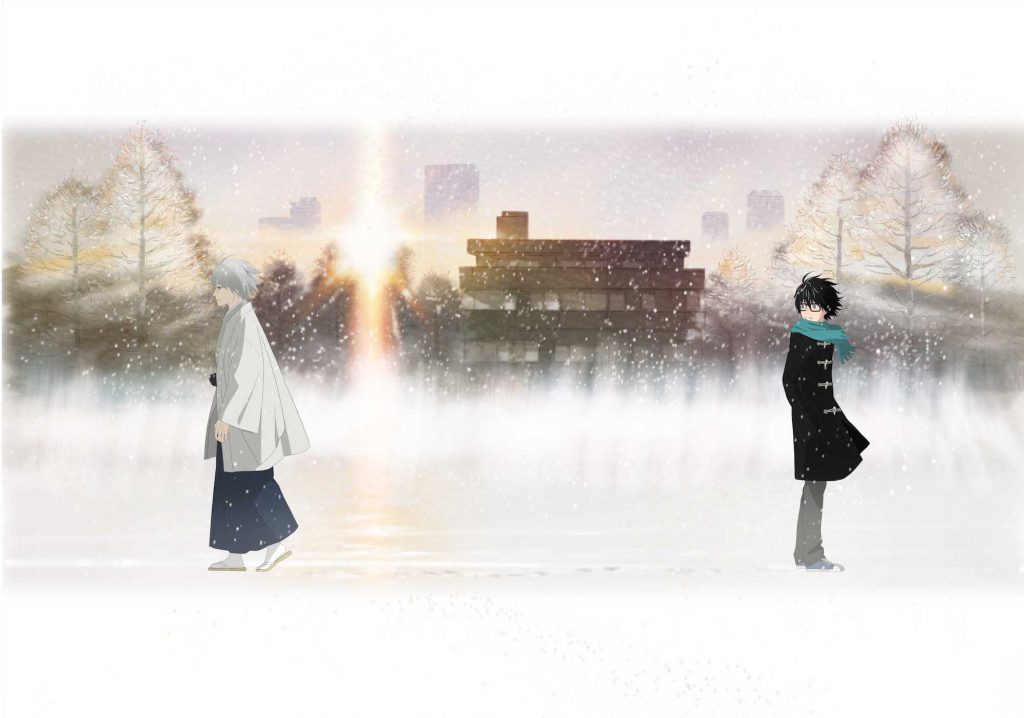 Sangatsu no Lion, or March Comes in like a Lion to a western audience, is a show that has gained widespread popularity around Japan. The reason for that may be the fantastic soundtrack, it may be the warm feeling it gives viewers, or it may be the way you find yourself rooting for characters despite their shortcomings. Of course it may be because on top of all that, this anime doesn’t shy away from some of the more serious issues surrounding people such as depression, bullying, and standing up for what you believe in.

Similar to some of the other anime on this list, Sangatsu no Lion showcases a part of Japanese culture that those of us from the West may not be too familiar with. Shogi is very similar to western chess in that it features 8 distinct pieces that each have a separate movement pattern. What sets it apart from chess is the ability to return stolen units to the board, and promote existing units to change their range of movement.

Within the show you have a chance to see characters of a wide range of skill levels, from the top player in Japan down to little children picking up the game for the first time. The character that we follow throughout the show is, as main characters are wont to be, a young genius, who goes by the name Rei Kiriyama. To a viewer, Sangatsu no Lion really brings into the question the dichotomy of hard work and talent within a professional field, then subsequently presents that they may be one and the same. That perhaps the most talented among us are just inclined to work harder, to go the extra mile, and strive to become more.

As being a professional player would mean that shogi is your livelihood, we get to see the importance of winning in order to support oneself and the effects that losses can have on players, families, and mental health. Then in the aftermath, we get to see how this can trickle down into daily life and affect those outside of the world of the game.

To call Sangatsu no Lion a heartwarming show about the hardships people face everyday would really not be all that far from the truth. The team at Shaft really hit it out of the park adapting this wonderful manga by Chica Umino, who is also known for her work on Honey and Clover. 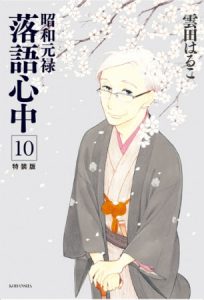 While it isn’t a surprise that many didn’t care to start watching an anime about people sitting on stage telling old stories, what did come as a shock was how engaging that show was. To give you an idea, rakugo is the Japanese art of storytelling with a history of several hundred years wherein a single performer takes the stage and performs nearly all the parts of a story. A true hidden gem, Showa Genroku Rakugo Shinjuu has interesting characters, impeccable voice acting, and above all flawless storytelling.

At its core, rakugo is about storytelling, and it shows through in every incredibly well-paced episode. Not only does the anime showcase some great classic tales, those stories themselves are deliberately placed as not only moments of character growth but also as foreshadowing for those inside and outside the theatre. ‘The Death God’, ‘Spur of the Moment’ and the titular ‘Lovers’ Suicide’ or ‘Shinjuu’ are a few of the stories you’ll encounter throughout the show. It’s during these performances that the characters, voice actors, and episode directors really shine.

Each character that performs Rakugo is voiced by an extremely skilled voice actor, who essentially provides the voice for their character who in turn voices characters in a story. One such actor is Akira Ishida, who voices one of our main characters, the eighth generation Yakumo. Having played well over 200 roles in anime, films, and games since the start of his career in 1989 it’s obvious that Ishida is a seasoned veteran. Giving some breathtaking and compelling performances, his skills are truly put to good use from beginning to end in the course of this show’s run.

In addition to Yakumo, there is the immensely talented and magnetic performer, Sukeroku, a childhood friend of his who is also one of the core characters that drive the story. Other characters that round out our main cast include an ex-convict turned storyteller, an orphan adopted by a friend of her father and a geisha-in-training. Each of these characters are distinct in the way they interact with the others, and in how rakugo as an art form has affected their lives.

The overall story is beautifully layered and throughout its two seasons, many characters including those in the supporting cast grow and contribute to what is an incredibly fulfilling last episode. Honestly, author Haruko Kumota and Studio Deen have created a modern masterpiece that features what is, at least to a western audience, a fairly rare and obscure part of Japanese culture.